Logos at the Heart of the Community

The academic session was already at its fag end when I arrived in Allahabad in the month of May last year. My first few evenings were spent in reading the book The Gospel and the Plow by Dr Sam Higginbottom. I had the book with me for quite some time but it was only when I finally joined the institute founded by the great missionary that I had the opportunity to read the book cover to cover. It turned out to be one of the most important books that I ever read. I was familiar with Dr Higginbottom’s autobiography but this smaller book had a unique power and it made a significant impact on me. It cannot be denied that it is a great book. Its style is simple and its message most profound. The book was published nearly a hundred years ago, but it remains as relevant to the needs of India as it was in 1921. It remains relevant because it presents in a fresh way what God has always desired for His people—comprehensive blessings. 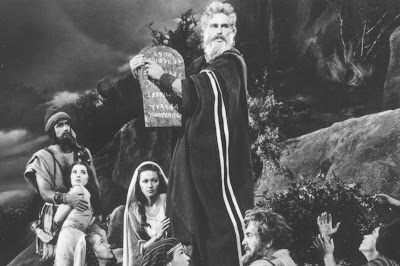 When God led the Hebrews out of their state of slavery in Egypt almost 3,500 years ago, He said that He would lead them to a Promised Land flowing with milk and honey. God wished to free them from physical as well as mental slavery in Egypt. God also wanted to bless them both spiritually and physically.

Spiritual blessings and material prosperity went hand in hand in God’s plan. Since God cares as much for our physical as for our spiritual hunger, His comprehensive blessings are for our bodies as well as for our souls.

When Sam Higginbottom came to Allahabad, he thought his primary responsibility was the preaching of the gospel of Jesus Christ but the condition of the poor peasantry and landless labourers made him acutely aware of the comprehensive mission of God. Soon he learnt that his mission must include caring for the hungry and the destitute; soon he learnt that India needed the good news and the good agricultural practices—India needed “the Gospel and the Plow”.

Thus began the huge dream of an agriculture institute that would assist the poor and the meek of India inherit the blessings of the Kingdom. The foundation of the Allahabad Agriculture Institute was laid in 1910. The campus also had a chapel, which, of course, underlines the fact that the gospel must accompany the plough and vice versa.

The institute is now more than hundred years old. It has grown into a degree-granting deemed university. It stands tall like a beacon of light in Allahabad and the state of Uttar Pradesh. In 2010, the management of the university took a most wise decision to rename the university in the honour of its founder. Allahabad Agriculture Institute is now proudly known as Sam Higginbottom Institute of Agriculture, Technology and Sciences. It testifies to the world what the theology of the Gospel and the Plough can accomplish for a society. 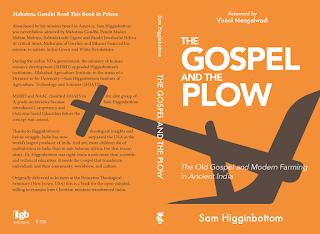 To some it may seem like an exaggeration but, to my mind, writing of these two books is in no way less than founding the institution. The current head of the university, the Hon’ble VC, has often acknowledged—in private as well as in public—the impact of the written legacy of Dr Higginbottom. It was these books that confirmed the vision that the Most Rev. Prof. R. B. Lal received and strengthened his resolve for the renewal of the institute.

The institute was the hardware and when the right software was used, it flourished.

Word has power. And writing makes that power available to generations to come. As mentioned above, when God led the Hebrews out of slavery, He gave them His Word, His commandments, His laws. And these former slaves were instructed to write them down and pass them on to the next generation. Because to receive it and to continue to enjoy that blessing they must keep His commandments and obey His law. They were asked to organise themselves in a special way. Their personal, family, tribal and national life would have to be built around God’s laws. They must not organise themselves around a man, a king, an ideal or an idol but around the written Word given to Moses. Since in the beginning was the logos (John 1:1), the logos must also be in the centre of the new community. Only this way of organization would ensure that they continue to receive the blessings promised to them.

Now this is the commandment, and these are the statutes and judgments which the Lord your God has commanded to teach you, that you may observe them in the land which you are crossing over to possess, that you may fear the Lord your God, to keep all His statutes and His commandments which I command you, you and your son and your grandson, all the days of your life, and that your days may be prolonged. Therefore hear, O Israel, and be careful to observe it, that it may be well with you, and that you may multiply greatly as the Lord God of your fathers has promised you—‘a land flowing with milk and honey’ (Deuteronomy 6:1–3).
These laws was the software for their new life in the new land. Dr Higginbottom’s books were undoubtedly the software for the renewal of the institute. And, the faithful servants of the institute have through their prayers and close reading of the scripture activated this software. The written word—of scripture and of testimony—has power.

God made us in His own image (Genesis 1:26–27). Jesus taught us to call God our father (Matthew 6:9) and said that a son does what he sees his father doing (John 5:19). God writes. We must read what He has written in His Word. But we must also imitate our Heavenly Father in the act of writing.

The magazine Radiant Life is a symbol of the centrality of the written word in the life of a community. It seeks to keep a record of manifold blessings of God bestowed in the community around Yeshu Darbar—and even beyond. It also aims to provide a platform to writers, poets and chroniclers to record their witness. The magazine will also make an effort to facilitate exchange of ideas that further strengthen the followers of Christ and His body, the church—and hopes to promote and keep a record of all the blessing they receive.


The resumption of the magazine after a gap coincides with a very significant milestone in the life of the founding bishop of Yeshu Darbar the Most Rev. Prof. R. B. Lal, who turns sixty as the magazine goes to press. We wish him a long and healthy life. His message included in this issue testifies to the immense power of prayer and the centrality of the Word of God in the life of this institute. May our readers draw inspiration from the life of the servant of God!