The description of Crucifixion in all the four gospels is very plain, all of them use obnoxiously laconic expressions: “Then they crucified him” (Matthew 27:33–34); “And when they crucified Him” (Mark 15: 22–24); “...there they crucified Him” (Luke 23: 33–34); “...where they crucified Him” (John 19: 17–18). You have to be careful reading these four passages or you will miss the reference to this rather ironic elevation of the messiah. There is no drama, no graphic details, no mention of nails going through Jesus’s palms and feet, no gory details—not even a word that is not essential for recording the mere fact that they crucified him. It is as matter-of-fact description as it comes. THEY CRUCIFIED HIM.
This seems strange given that all the movies made on the life of Jesus—in stark contrast to the gospel narratives—make this incident particularly poignant. We have seen Jesus screaming and writhing in pain as he lies nearly all naked on the wooden cross, even as a couple of soldiers hold him down while another one goes on doing his job of hammering in those 6-inch-long nails one by one.
Why such a difference in representation?
To my mind, this is because Matthew, Mark, Luke and John are not telling a “story”. They are not poets in any classical sense. They are not “creative writers” commissioned by a powerful monarch or a church to dramatize—or poeticize—the story of a god, or a hero. They are not constructing a beautiful myth with all sublimity and pathos. All four of them were possibly eye witnesses to the event; two of them, Matthew and John, most probably were. In any case, John was certainly there. What they were writing was not art. They were recording a real, historical, public event, which no doubt affected them personally.
When the Church became very strong, almost a hegemonic institution in the Western world, in the 4th century AD, it still did not replace these narratives with splendid epics that could compete with the classics across the globe. In the last two millennia, when the Church has had tons of money, it did not think it necessary to make them more “classy”. The bestselling authors of the world set aside all scruples when they use emotive sentences like “history is written by the victors” to assert that Christian Scriptures are nothing more than expressions of power politics. The four gospels were, after all, written by men who belonged to a subjugated nation. The gospels still told the story of, in words of Terry Eagleton, the “sick joke of a messiah” and did not transform him to a figure of grandeur. There is no triumphalism. There is humiliation, there is defeat, there is death. As religious mythology, gospel narratives do not stand a chance against the grand designs of epics, either Eastern or Western. The reason is that the “rough-and-ready” form of the gospels narratives was never supposed to work like epics, that is, to satisfy the aesthetic impulses of the elite or to induce somnolence in the masses. To the writers of the gospels, truth and fidelity to facts was paramount. Embellishments were left to the likes of A. Bhimsingh and Mel Gibson.
Indifference to suffering
What this style—or the non-style—of writing does do is to lay bare a central fact about suffering. It is all so matter of fact. It is this truth that makes it perennially appealing. While one suffers, the world goes along with its own chores, ambitions and cares. To my mind, what all these four gospel writers have achieved is a devastating insight into the nature of suffering. It doesn’t matter to the world that you suffer, a fact that becomes the basis of W. H. Auden’s poem “Musée De Beaux Arts”:

That even the dreadful martyrdom must run its course
Anyhow in a corner, some untidy spot
Where the dogs go on with their doggy life and the torturer’s horse
Scratches its innocent behind on a tree.

One wonders if this is not the most telling image of the crucifixion. Now, let a filmmaker show.
Posted by Ashish Alexander at 10:57 pm 3 comments:

Writing the foreword of Alan Bloom’s classic on higher education in America The Closing of the American Mind, Saul Bellow remarked that the style of the book “will seem to modern readers marred by classical stiffness”—‘Truth,’ ‘Knowers,’ ‘the Good,’ ‘Man’—but we can by no means deny that behind our objection to such language is a guilty consciousness of the flimsiness, and not infrequently the trashiness, of our modern talk of ‘values’.” 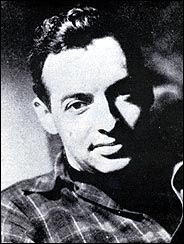 Saul Bellow challenged this “flimsiness” and the “trashiness” throughout his writing career and, as the newspapers report, died “peacefully” last Tuesday. Recipient of the Nobel Prize for literature in 1976 for “the human understanding and subtle analysis of contemporary culture that are combined in his work,” Bellow wrote tirelessly against the deterministic and mechanistic interpretations of human life. The post-Depression and post-War mood of disillusionment that pervaded the Western man’s consciousness in the second half of the last century never overwhelmed Bellow’s unwavering conviction in the higher destiny of mankind. The writer with a Jewish background, Saul Bellow inherited memories of two millennia of oppression and anti-Semitism, but his “larky” spirit never gave into the modern melancholia or encashed “victimhood”. In The Victim, his second novel, Bellow explores the relationship between a Catholic and a Jew each being an unwarranted victim of the other’s action yet each not without human sympathy which binds them together. In his most celebrated book, The Adventures of Augie March, Bellow but mentions in  passing the anti-Semitic outburst Augie experienced in his childhood and how, instead of taking it to hear, he designates it to the “lunatic fringe” present in every society. Bellow’s characters do not dwell on suffering of their race but are active beings continually engaging with the environment, rescuing it from the dark forces of the time. Instead of focusing on the limiting memories of the past they grapple with the constraining mindsets of the age. They test the celebrated philosophies on the touchstone of day-to-day life. Bellow’s most memorable characters are deeply sensitive character having predilection for the philosophical. Moses E. Herzog, the protagonist of what some consider his signature work Herzog typifies a modern intellectual, a Ph.D. from a leading , who falls apart when his wife leaves him for another man. Through this novel Bellow shows how little strength “higher education” has to offer a troubled man. The flimsiness of now prevalent educated responses is appalling to Bellow. Though sometimes criticized for having highbrow airs, Bellow stood up against the “disheartening expansion of trained ignorance and bad thought,” now spread in the institutions of higher learning. “People ‘inside’ are identical in their appetites and motives with the people ‘outside’ the university,” wrote Bellow in the same foreword.

Philip Roth has called Saul Bellow, along with William Faulkner, “the backbone” of American Literature. Bellow has indeed written some great American novels, but his vision is much more encompassing. Alluding to antiquity while meditating upon contemporary landscape, invoking the East while delving deep into the Western spirit, Bellow creates modernist world fiction reminiscent of T. S. Eliot, another American whose neurotic characters and religious overtones are reflected in Bellow’s fiction. In Herzog Bellow has his protagonist, Moses, thinking how he liked Pather Panchali and is inspired to donate his assets to Dr. Bhave, an Indian social activist working for the poor.  In Mr. Sammler’s Planet, another of his much-acclaimed book, Bellow has an Indian character Dr V. Govind Lal, author of a book on astronomy. There is a warm understanding of other cultures and their achievements in his fiction dealt with care one does not come across frequently.

Reader of Kierkegaard and Dostoevsky Bellow has moral vision that respects life and seeks to extend human strengths. There is deep existential resonance in his novels but his existentialism is neither morbid like Camus’s nor nauseated like Sartre’s. Man’s seeming failure is not his final destiny as he remarks at the end of Augie March: “ too thought he was a flop, probably, when they sent him back in chains. Which didn’t prove there was no .”

But besides all this what was truly remarkable about Saul Bellow was his humility. Bellow refused to be enamoured by the Romantic illusion that “poets are the unacknowledged legislators of the world” and that they should establish some “fixed modes of experience”. Bellow saw the futility of such universal appeals and portrays that “Humility is endless.” Last words to Bellow himself. This is what he said in his Noble accepting speech. “No one can bear to be ignored. I would, however, have been satisfied with a smaller measure of attention and praise. For when I am praised on all sides I worry a bit. I remember the scriptural warning, ‘Woe unto you when all men shall speak well of you.’ Universal agreement seems to open the door to dismissal.”